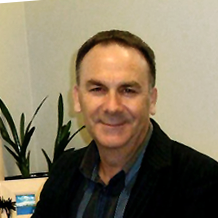 Russell works with people to develop highly effective individuals, teams and environments. While running his management consulting business, he has also taken on a number of leadership roles over extended periods. This means he has first-hand experience of leadership in a range of commercial, NGO and not for profit environments.

Russell has an open, facilitative style and an ability to work quickly to identify key issues and work towards resolution. Specifically, he will diagnose, and advise on, people and organisational performance issues. He will isolate priority actions and work alongside leaders to make improvements.

Earlier in his career, after senior roles in a number of organisations, a highlight was heading up the Telecom NZ national training function. During his time in Telecom he managed several strategic national projects then formed the Individual and Group Performance arm within the company – essentially an internal consulting group.

He initiated his own management consulting business early in 1997, concentrating on performance improvement initiatives and organisational effectiveness.

In early 1999, Russell initiated and took up the leadership of Human Capital Services for Arthur Andersen New Zealand. One of his primary roles was to business manage the Louis Vuitton America’s Cup Challenge Association during the America’s Cup Challenge over 1999/2000. He also led the Arthur Andersen project team for Housing New Zealand’s “Housing Innovation Fund”.

While continuing to consult in a number of areas, in 2003 Russell formed Correda Limited which developed and launched Kit, an extranet and management toolkit product. He ran the company successfully and then sold it as a highly profitable going concern in 2014.

Over a number of years Russell has lectured in Quality Management for the Auckland University of Technology MBA programme and Project Management for the Auckland Institute of Studies MBA programme. In late 2008, he was invited to take up a position as Executive in Residence with AUT University with responsibility for developing and leading the MBA Entrepreneurship programme. In 2012 he became an international judge of the 2012 MBA Roundtable Innovator Award competition.

Inherently innovative and originally trained in graphic design, Russell has illustrated a number of technical and children’s books. One, “The Guardian of the Bridge”, written by Diana Harris, was re published by Random House in 2009 to commemorate the 50th anniversary of the Auckland Harbour Bridge.

He is also heavily involved with community initiatives and voluntary action. He coached and managed sports teams for a number of years, was a founding board member on the Awataha Marae Management and Education Committees, a Board member of Volunteering NZ and Volunteering Auckland, is currently a Business Mentor for Business Mentors New Zealand and was Acting General Manager then Director of The Wilson Home Trust over 7 ½ years.

To lead delivery of the MBA Project Management paper

To lead delivery of the MBA Quality Management paper

Key Achievements:
Leadership of the design, development and delivery of consistent training and development for 1,200 customer service representatives to support Telecom’s Customer Service Strategy within the project timeframe, within budget and to the required specification.

To design and manage the consistently high visual image, brand strength and retail concept of the stores through visual displays, store promotions, advertising and brand enhancement.